What is my lamp?

The lighting sector is very huge, there are spotlights, bulbs, headlights and every type of which a person may need. To do this it was necessary to create many types of sockets, which, of course, for those who are not use to, it could be hard to recognize.

Below we list the most common types and their main use:

This type of attack is one of the most common for spotlights (better known as dichroic), which are inserted inside a recessed ring nut. The GU10 spotlights are powered at 220V. The halogen spotlights are usually 35W or 50W, GoodLed replaces them with spotlights 5W or 7,5W.

Also known as G4, for MR16 or MR11 spotlights. Each spotlight or bulb that has this attack, is powered at 12V, so there is always a power supply that generally, by installing LED products , it must be replaced because the electrical current required is quite lower than before. (For info contact us)

The attack of the traditional bulb. In this case there are many types, there are incandescent bulbs, halogen bulbs and last came out the saving energy light bulbs; but GoodLed, with the LED, obtains a better light with a lower consumption. Variations as the attack name E27, it is called PAR20, PAR30, PAR38, all with E27 but with a different name depending on the angle of aperture and its application.

The bulbs with E14 attack, known as small attack, are common in some applique, in the lamp, in hoods, and antique or artistic chandeliers. They have supply to 220V.

This attack is very common in abat-jour and in some chandeliers. The bulbs that have this type of attack are powered at 220V. 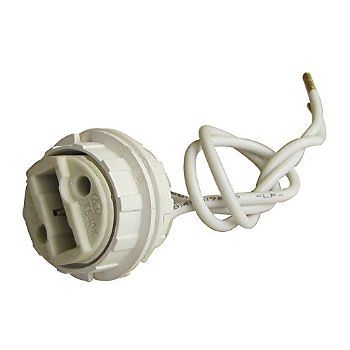 The G24 attack is an attack not too common, can be found in the wall or recessed lamps, often in the form of fluorescent lamps.

The R7s attack is the attack of the old halogen lamps, particularly common in applique. They have 220V power supply, generally require from 100W to 250W. With the LED lamps, is replaced with a 10W bulb. There exist different lengths, the most common are: 78mm and 118mm.